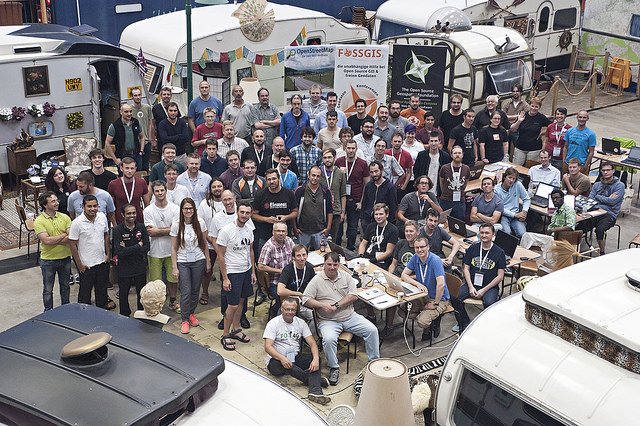 Last week, I had the chance to attend to the FOSS4G 2016 conference in Bonn and I participated with Rashad from the OTB team to the first code sprint of the conference which was located in the BaseCamp where quite a few of us were lucky enough to stay during the conference. The place is an indoor caravan park with plenty of space to support all the development teams, a perfect place to organize such event.

Check some photos and video.

Our goal during the sprint was to work on the improvement of the integration of OTB applications in QGIS processing. QGIS processing framework is a geoprocessing environment that can be used to call native and third-party algorithms from QGIS. It makes available a wide variety of dedicated tools for data analysis (GDAL, GRASS, SAGA…and also OTB)

What was done during the sprint:

What can be done in the future:

My caravan called “the Drag Queen”

So we’ve got a procedure to update OTB version in QGIS which is pretty straightforward. Even if there is still some part which can’t be automated, a pull request can be easily submitted to QGIS at each OTB releases in the future.

We really want to thank here all QGIS people for their help during the codesprint. Special thanks to Alex, Matthias and Arnaud for their support and kindness.Hope to see you next year in Paris for FOSS4G-EU and/or Boston for FOSS4G!